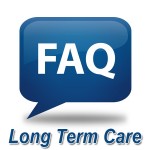 The following is an article from a blog that I subscribe to called “The Retirement Café” written by Dirk Cotton. This blog is full of great information on all aspects of the Retirement Planning process. You can read past articles and subscribe to it here: http://www.theretirementcafe.com/

The problems with LTC insurance are well known (see An Economist Explains the Dangers of Long-Term Care Insurance). Many carriers have found the policies unprofitable and have simply gotten out of the business. According to a recent Wall Street Journal article, five of the 10 largest LTC policy sellers, including MetLife and Prudential Financial, have sharply reduced or discontinued sales entirely since 2010. Buying insurance when many insurers are abandoning the market for that insurance is risky.

Some Boomers have been encouraged to buy LTC policies because they worked well for their parents, but this is not your father’s LTC policy. Rates increased substantially after insurers realized they had initially underpriced policies and would need to raise rates substantially if they were to make a profit. You’re unlikely to get the deal your parents got.

Perhaps the greatest problem with LTC insurance is the possibility that an insured retiree will let his or her policy lapse and, after making large premium payments for years or even decades, not be covered when LTC insurance is actually needed.

While insurers can’t increase premiums for a specific policy, they can increase premiums for classes of policyholders. Jane Gross, a retired correspondent for the New York Times and author of the excellent blog on aging, Next Avenue, recently wrote in a post entitled, “Reasons to Worry – and Agitate – About Your Financial Security”, “Next up is my long-term care insurance policy, which now costs $1,357.85 a year but, this letter tells me, is raising its premiums by 48 percent — unsurprising but still breath-taking.

It would be way more than that, the MetLife representative told me by phone, but for the fact that New York State has one of the nation’s most stringent insurance commissions. . .
In 2019, MetLife told me, the state commission will again allow the insurer to raise its prices. When that happens I’ll reduce my benefit duration from three years to two. Is there a point when I’d flush down the toilet 13 years of premiums already paid? I haven’t a clue.”

Although the probability that a retiree will need some amount of long-term care is significant, the probability of a financially catastrophic stay in a long-term care facility is relatively small, as I described in an earlier post. Many stays will be quite brief and some can be paid out-of-pocket.
Long-term care expenses can range from informal care in the home to expensive nursing facilities, from short stays that can be paid out-of-pocket to lengthy stays with catastrophic costs.
The following table is from a study entitled, “Long-term care over an uncertain future: what can current retirees expect?” Notice that while 69% of people over age 65 required some form of long-term care, 31% required none at all. Another 29% required stays of two years or less. The scary number is the 14% that required more than 5 years of in-facility care. The odds of that happening are somewhat low, but the magnitude of the risk can be financially catastrophic and that’s what we need to prepare for in some way.

Medicare does not cover most long-term care costs. Medicaid may, but only after most of the retiree’s financial resources have been spent. It is intended to cover indigents. To use it for long-term care, you must become one.

A recent brief published by the Center for Retirement Research at Boston College entitled, “Why Do People Lapse Their Long-Term Care Insurance?” researches this important issue. According to the report, “At current lapse rates, men and women age 65 have, respectively, a 32- and 38-percent chance of lapsing prior to death, assuming that lapse rates remain at the same levels observed for recent cohorts.”

This brief is here: http://crr.bc.edu/briefs/why-do-people-lapse-their-long-term-care-insurance/

Let me repeat that. 30% to 40% of 65-year old’s will eventually allow their LTC policy to lapse, forfeiting all benefits after having paid years of premiums.

The brief’s other key findings are:

1. Lapses could be due to the burden of insurance premiums, a strategic calculation that care use is less likely, or poor decisions due to declining cognitive ability.
Why do retirees allow their LTC coverage to lapse? Insurance premiums could increase and render the policy unaffordable, or they could remain the same while the retiree’s ability to pay declines. That doesn’t mean the premiums would have been spent totally in vain, because risk was protected prior to the lapse and that has value. But it does mean that the retiree has a potentially huge uninsured risk going forward. It would be a poor outcome, indeed, to pay premiums for decades and then suffer devastating long-term care costs after the policy lapsed.

2. The analysis finds support for both the “financial burden” and “cognitive decline” explanations. The research finds that many LTC policy lapses are the result of either premiums that the retiree can no longer afford, or the retiree losing the mental acuity needed to maintain the policy. They might forget to make premium payments or simply decide, incorrectly, that they no longer need the policy.

4. Thus, for some lapsers, having insurance could be counterproductive as they buy it to protect against risk but drop it just when the risk becomes more likely. In other words, if you’re going to allow the policy to lapse, you’re probably better off not buying it in the first place. Of course, when you buy the policy, it is probably your intention to keep it in force.

Joe Tomlinson, whose opinion I respect most on retirement insurance issues, suggests that purchasing the policies, despite their known faults, is the lesser of two evils. Retirement advisor, Dana Anspach, wrote a nice piece, “What Happens When You Don’t Have Long Term Care Insurance?” explaining the downside of not purchasing LTC insurance. I agree with all of it, perhaps with the exception of identifying “the worst case scenario [as] where one spouse remains healthy and retains most of the ongoing costs of living independently and the other spouse needs care in assisted living or nursing home.” I think paying premiums for decades and then letting a policy lapse just prior to incurring huge end-of-life costs has a strong claim on that title.

I believe that you should forego these policies if you can’t afford the premiums, and potentially large future premium increases, or if you are wealthy enough to self-insure.

If you fall in between, I don’t believe there is a clear winner. There are several strong arguments in favor, and several against. I hope that explaining the issues involved will help with your very difficult decision.