The Future of Retirement Is Now 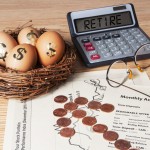 The following is reprinted from the Center for Retirement Research’s August 18, 2015, Squared Away blog:

This is what the director of MIT’s AgeLab, Joseph Coughlin, sees when he peers into the future of retirement.

“The context and definition of retirement is changing,” Coughlin said earlier this month at the Retirement Research Consortium meeting, where nearly two dozen researchers also presented their Consortium-funded work on a range of retirement topics. Their research summaries can be found at this link to the Center for Retirement Research, which supports this blog and is a consortium member.

Coughlin spooled out a list of stunning facts to impress on his audience the dramatic impact of rising longevity and graying populations in the developed world, and he urged them to think in fresh ways about retirement. In Japan, for example, adult diapers are outselling baby diapers. China already faces a looming worker shortage, and Germany’s population is in sharp decline. In 2047, there will be more Americans over age 60 than children under 15.

“The country will have the demographics of Florida,” Coughlin said.

The attitudes and comportment of the ballooning population of U.S. retirees – baby boomers – will be more confident and less polite than their parents’ generation, he predicted.

The U.S. labor force is also graying with the aging population. The average age of physicians in this country is already 53, and it’s 49 for nurses, 51 for truck drivers, 56 for financial advisers, and 50 for engineers. In five years, more than one-quarter of the U.S. labor force will be over 55, according to the Stanford Center on Longevity. And an AARP study finds that 40 percent of boomers say they plan to work “until they drop.” But to assume you can keep working, because “you have a master’s or PhD is a joke,” Coughlin warned. “If you don’t stay aggressive about your learning, you’ll fall behind.”

When he says the future is “small,” he means family size is shrinking, with implications for retirees and the elderly. More Americans today than in the 1970s live in a household of one, especially women. In the 1970s, nine out of 10 women had children, but today just eight out of 10 do, he said. This points to a future in which there will be fewer children to care for aging parents. And fewer caregiving spouses: divorce among people over age 50 has also increased dramatically in recent decades.

As the population ages, he sees women, who tend to live longer, becoming more influential, because they already make decisions about retirement and child care. Women, particularly oldest daughters, also do the heavy lifting for parental care.

Older people today are “old but not sick,” but they have multiple chronic conditions, often managed with multiple medications. Aging in the home will be a prime location for the kind of technological innovations Coughlin’s AgeLab specializes in.

He predicted that seniors increasingly will rely on gadgets like implantable sensors to monitor their blood pressure or smart mirrors that detect worrisome changes in their health or gait. He even talked about a $100,000 pop-up house, so mothers-in-law can live (alone?) in their children’s back yard.

The future is here, and Coughlin suggests that everyone “really rethink the contract around what retirement is.”