Currently Browsing All Posts In Uncategorized 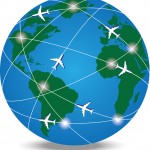 Periodically I will offer reviews of the 401(k) Plans offered by the larger employers in my home areas – North Georgia and Baton Rouge, LA. The first in this series is Lockheed Martin Corporation.

Lockheed Martin Corporation’s Marietta, GA, location is one of the largest employers in Cobb County; although it’s not nearly as large as in years past with approximately 7,028 current employees versus its Cold War peak of 33,000+.

Participants in Lockheed Martin’s 401(k) defined contribution plan have one of the highest rated 401(k) Plans available based on ratings across its Peer Group. Lockheed gets an overall 83 rating placing it in the top 15% of 401(k) plans in its Peer Group. The Peer Group is composed of companies of like size, industry, and number of employees.

Areas where Lockheed Martin gets high marks are:

Other components of Lockheed Martin’s Employee Savings Plans include a stock bonus component and an Employee Stock Ownership Plan (ESOP).

One of Lockheed Martin’s most attractive benefits, the Defined Benefit Pension Plan, has been phased out. Employees hired after January 1, 2006, no longer have this benefit available.  Long time employees who are nearing retirement today will still enjoy the benefits of the Pension Plan.

For many years one of the primary attractions of a career at Marietta, Georgia’s Lockheed facility was its generous Pension Plan. Lockheed at one time also offered a Social Security Pension Supplement that was paid if an employee retired prior to age 65 and was paid until reaching Social Security Full Retirement Age. Those were the days. Currently only about 10% of employers in the U.S. still offer a traditional Pension Plan to their employees.

One issue facing those employees who still have Lockheed Martin’s Pension Plan benefit is that the Plan is somewhat underfunded, which could mean a potential shortfall in future benefit payments to those eligible.  For many Lockheed retirees in years past the 401(k) balance was a bit like having this large pool of money that they might not really need to tap into until they had to take Required Distributions after age 70.  The monthly Pension Benefits combined with Social Security were usually a more than adequate Retirement Income. Now, especially for those hired after January, 2006, the 401(k) plan has taken on much greater significance in planning for future income sources. Social Security benefits should be maximized by using optimal claiming and spousal coordination strategies.

Lockheed is not the only company facing record-high pension obligations. A January, 2011, report by Credit Suisse Group AG estimated that 97 percent of the pension plans of companies in the S&P 500 are underfunded, with liabilities exceeding assets by $458 billion by the end of 2011.

Although Chief Financial Officer Bruce Tanner describes the $12.78 billion in unfunded pension liability as artificially high, Moody’s Investors Service Inc., signaled on Aug. 8, 2012, that Lockheed and other government contractors will likely fully or partially terminate their pension obligations.  The unfunded liabilities “sounds like an enormous number, but contextually, we think it’s manageable,” said Tanner, who estimated Lockheed’s pension plan to be about 70 percent funded, compared with about 97 percent before the market collapse in 2008.

Are You Ready to Retire? Find out with this interactive quiz: https://www.ready-2-retire.me/WilliamTucker