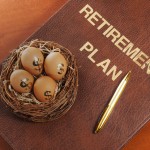 When Does it Make Sense to Take Retirement Plan Distributions Before You Have to?

The primary reason one takes Retirement Plan Distributions prior to the mandatory age of 70 ½ is financial necessity. The distributions are needed to supplement income and cover one’s basic expenses. I will not be discussing that situation in this post. I will be covering the situations in which the person or household has the resources and income to cover their lifestyle without dipping into their retirement savings until the Required Minimum Distribution age mandates they do so.

In this example I will be using an actual client case in which the individual retired quite early (age 55) with sufficient income streams and a relatively large amount in Qualified Retirement Plans – Pension, 401(k) – and substantial cash savings.

Here is the scenario:

His Retirement Plan Accounts – 401(k) and Pension – totaling $1.2 million today will grow substantially between now and his age 70.  He saw no need to take a lot of risk with the portfolios and we rolled the balances into three IRA accounts. $900k was placed into two Fixed Index Annuities with uncapped earnings strategies, but with the guarantee of no losses in down markets. The remaining $300k was invested in the Stock Market in a portfolio of low-cost Exchange Traded Funds representing various market indices – S&P 500, Mid Cap, Small Cap, and International.

We assumed a very conservative overall return on his IRA Accounts of 5% compounded over the next 11 years. This would bring the total IRA balances at age 70 ½ to just over $2 million. The Required Minimum Distribution at his age 70 ½ would be just over $75,000, increasing a bit each succeeding year.

Now let’s look at their Current Income and Tax Brackets.

Taking IRA distributions now through age 70 ½ in an amount that lets them fully take advantage of the 15% Federal Tax Bracket makes a lot of financial sense. It’s a guaranteed 10% increase in the value of those distributions.

Taking those distributions now will also lessen the amounts they will be required to take at age 70 ½ by lowering the IRA balances.

Just because they will be taking these distributions of around $25,000 per year for the next 11 years doesn’t mean they will have less Retirement Income later. They can reinvest these distributions into a Growth Portfolio, convert to Roth IRA’s, add to their Cash Reserves, buy cash value Life Insurance, any of which they can use later in a much more tax favored manner.

Are YOU Ready to Retire? Find out with this interactive quiz: https://www.ready-2-retire.me/WilliamTucker